“People cannot do things I do not like. I can speak out.”

“I have learned that if someone forces me, I have to shout and call Defence for Children!”, a girl shouts through the classroom. “We learned how to defend ourselves”. Another girl adds: “If someone is harassing me, I know where to go.” Yet another girl says: “We learned how to report cases, if our rights get violated.”

We are in a community in the Kumasi district, Ghana, visiting a Girls’ Rights Club. Girls talk about their rights, the different forms and signals of (sexual) violence, and the possibilities of reporting. 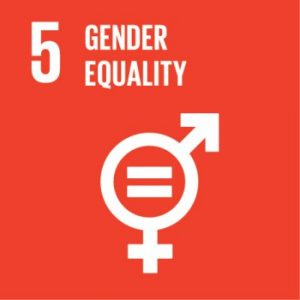 The Girls’ Rights Club is part of the Girls Advocacy Alliance Programme in Ghana. Defence for Children joined forces in a strategic partnership with Plan, Terre des Hommes, and the Ministry of Foreign Affairs (2016-2020). The Girls Advocacy Alliance envisions a world wherein all girls and young women enjoy equal rights and opportunities in 2030 and thereby directly contributes towards the implementation of SDG 5. It acts in ten countries in Africa and Asia as well as in the Netherlands, through dialogue with the government on Dutch foreign policy and the Dutch private sector active in our programme countries.

The road to gender equality and girls’ empowerment

In achieving the SDG’s, for example in Ghana, the participation of girls is essential. Their equality and empowerment is both an objective, as well as part of the solution: with their newly acquired knowledge they help themselves, as well as each other and their communities. Through their individual empowerment and granting equal opportunities, more equality is generated.

Getting towards gender equality and girls’ empowerment is about girls, boys, females and males being aware of the specific rights of girls and women. Subsequently, it is about girls and women claiming their rights. Gender equality and girls’ empowerment is about girls and women being confident enough to say what they do and do not want. It is also about community leaders and religious leaders addressing parents and taking a stance on harmful traditional practices such as child marriage. It is about teachers not looking away when harm is done and knowing how to address injustices and how to protect their girl students. It is about parents knowing what their girls are worth and having enough means to send their girls to school. Gender equality and girls’ empowerment is about the government allocating sufficient budget and adopting gender-sensitive laws and policy-frameworks. It is about civil society organizations not only creating awareness, but setting an example by hiring (young) women and training them to fulfil leadership roles. Lastly, it is about the private sector giving (young) women a chance, providing decent work, and organizing child care when necessary.

In its foreign policy and when acting in the international arena, the Dutch government should further the implementation of SDG 5 worldwide, by:

1. Advocacy
The Netherlands should actively promote the advancement of SDG 5 amongst the international community by advocating that governments take action to achieve SDG-targets. It should also advocate internationally for national implementation plans for the SDGs, and to address SDG 5 specifically.

The Dutch government actively advocates at the UN to ban child, early, and forced marriages and should continue these efforts, as well as support or initiate efforts regarding other harmful traditional practices that violate the rights of girls and (young) women worldwide. In that regard, it is important to commend the launch of the global partnership of Girls Not Brides, in which the Netherlands and Princess Mabel of Orange play a pivotal role.

3. Education
For the Netherlands foreign policy, the rights of girls and women are already a focus area. In line with this, the Netherlands should also encourage countries to develop gender-sensitive education, to ensure that all girls have access to quality education. When girls are educated, they are better equipped to defend their lives and rights.

Gender equality in the Netherlands

The Netherlands ranks 16th on the Global Gender Gap Index, not only after Nordic countries, that are often seen as ‘champions’ in this field, but also after a number of countries in the Global South (Burundi, Nicaragua, Slovenia, South Africa and Rwanda included). The Dutch government therefore still has a duty when it comes to the realization of SDG 5 in the Netherlands as well.

3. End stereotyped and sexualized images of girls and women in the media
The images young girls and boys are seeing and the gender-segregated toys they are raised with, shape their thinking about and behavior towards gender. Gender-segregated toys, and the persisting discriminatory stereotypes and sexualization of girls and women in the media does not promote a gender-equal society. The government needs to take a more active stance in this issue and investigate the possible impact of sexist portrayals in the media, as well as the to what extent they provoke gender-based violence.

Carrie van der Kroon (Amsterdam, 1988) is a Programme Officer on Girls’ Rights and Child Protection at Defence for Children International – ECPAT Nederland, as well as a freelance trainer, facilitator and moderator.

From simple consumption to complex impacts

Wealth requires a rethinking of our societies