Home DossiersYouth dossier: Raising the voice of the next generation. From daily experience to global politics Rushing to the VIC: An intern’s perspective

Rushing to the VIC: An intern’s perspective 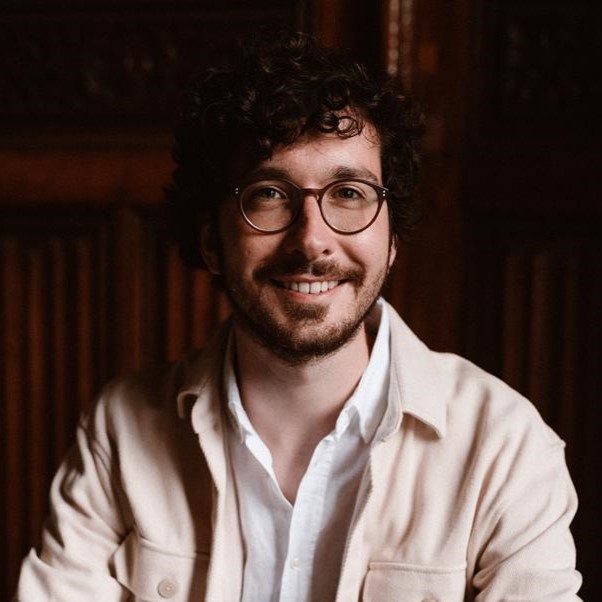 Youth dossier: Raising the voice of the next generation. From daily experience to global politics

Every year thousands of students apply for internships at the UN and its related organizations and representations. Many of them have dreamt for years to work at the pinnacle of global diplomatic affairs.  The UN-organizations and member state representations make keen use of the cheap resources the interns represent by providing the interns the chance to take a sniff of their childhood dreams and offering them an unique learning experience. In February 2019 it was my turn.

The United Nations in Vienna, Austria

I became an intern at the Permanent Representation of the Netherlands to the United Nations in Vienna. The Austrian capital is host to one of the four UN-headquarters in the world, located in the architectural infamous Vienna International Centre (VIC). The Dutch Permanent Representation is located right across the street of the Wiener Staatsoper and a stone’s throw away from the Karlskirche and the world renowned Musikverein. The city breathes history. The wide boulevards and grand buildings such as Schloss Belvedere and the Hofburg give the impression time has somehow moved slower in the world of the Viennese. This almost ancient grandeur is something you sense on the streets but certainly also in the diplomatic realms.

The Permanent Representation consisted of the permanent representative who also performed the role of Dutch ambassador to Austria. The deputy permanent representative, two secretaries (basically the diplomatic word for policy officer), a staff secretary and one more intern next to myself. With this team we had to cover all policy discussions of the four major UN-organizations in Vienna: the International Atomic Energy Agency (IAEA), the Comprehensive Nuclear-Test-Ban Treaty Organization (CTBTO), the United Nations Office on Drugs and Crime (UNODC) and the United Nations Industrial Development Organization (UNIDO), In addition, some less prominent UN-agencies are situated in the Austrian capital, but every diplomatic mission needs to prioritize.

This prioritization is what makes the intern’s experience significantly more worthwhile. Every UN-organization consists of multiple committees with a wide range of discussion points, some more politically tense than other. With a relatively limited staffing (but certainly not smallest: some representations consist of just one or two diplomats) a wide range of topics needed to be covered from the Dutch perspective. The permanent representative and his deputy went to the most politically sensitive urgent meetings and the secretaries to most working level meetings. Naturally, they could only manage to be present at a portion of the meetings. For the other meetings, the interns came handy: we covered the rest. This meant I was listening in to meetings on topics such as budget control and nuclear safety while sitting behind a sign stating The Netherlands, all suited up. After the meeting, I would report back to the deputy PR and sometimes headquarters  in The Hague.

Not only was I enabled to stand in for the bosses in less significant meetings. The PR and his deputy also took me with them on several more prominent occasions: such as bilaterals with allied countries, EU-meetings at the ambassador level and strategic gatherings on ‘hot topics’ such as the Iran Nuclear Deal (JCPOA). I can say, in this period I learned rapidly how to take notes and draft reports.

The internship: a job or a learning opportunity?

In 2015 the United Nations (UN) established the Sustainable Development Goals (SDGs) to create ‘A shared blueprint for peace and prosperity for people and the planet, now and into the future.’ The goals are intended to be reached by 2030. The eight SDG is ‘Decent work and economic growth.’ It is fascinating to observe the (dis)balance struck between taking on responsibility and the space provided to learn during an internship. As I showed, the amount of responsibility is sometimes greater than the ‘job description’ of an intern officially allows. By the way, the interns who were working directly for the UN-organizations do not get paid at all and the salaries paid to interns at the diplomatic missions can also be considered to be very limited. I was lucky the Dutch Ministry of Foreign Affairs, as one of the few, granted a respectable intern’s salary. However, it is ironic, that through understaffing the level of responsibilities taken on by interns increases, while this is not necessarily reflected in the way interns are valued. Especially considering the UN’s efforts to promote decent working conditions as part of its SDG-agenda. Why not start in the own backyard?

A place to keep the lines open

Although, the Viennese UN-organizations perform a functional role in the UN-system, for example the IAEA for monitoring non-proliferation, many meetings had a repetitive almost ceremonial feel to it. This probably has to do with the tense politics behind the topics covered at the VIC, like nuclear proliferation and drug control. So many afternoons I have listened to stand-offs between Iran and Saudi-Arabia or Russia and the United States. These were not the days concrete steps were taken to truly solve issues. To me, the UN is ultimately about providing the opportunity for member states to look each other in the eyes and have talking lines open for the possibility to enter into dialogue. Not necessarily in the official space of plenary sessions, but rather informally during the breaks in the corridors and the lunch rooms.

The official speaking time is better suited for riding the UN-hobby horses like regional representation or the SDGs. In my remembrance, most countries use these topics to serve national interest. Echoing the noble goals of human development can not do harm to the national policy agendas, as long as concrete action remains tentative. This might sound cynical, but in a place where superpowers distrustfully discuss proliferation and nuclear testing with a positive breakthrough being remote, how serious can the SDGs really be taken?

These skirmishes all happened against the imperial but romantic backdrop of Vienna. Although the VIC and the Dutch mission are housed in brutalist post-war buildings, many of the more social events were hosted in majestic places such as the Wiener Rathaus, the Coburg Palace, the Hofburg Palace and the Palace Niederösterreich. Luckily, interns were invited often as well and in addition, sometimes the secretaries took us to the national holiday parties hosted by all the different countries represented in Vienna. The social events provided me with the chance to meet and talk to the other interns and diplomats in a more casual way and also provided the opportunity to build a circle of friends I spent time with during the weekends. Many of the European countries did have interns in Vienna and also the US, Canada, New Zealand and Australia did have internship programs. To me, this social aspect was surely a major perk of the multilateral diplomacy taking place in the city.

Just like the cliches the diplomatic world can be old-fashioned and awing too. Especially the working culture inside the other diplomatic mission seemed hierarchical and archaic. For example, there was a telling instance, where a French diplomat did not want to talk to a German intern who was send by his superior to stand in. And for me personally, diplomats of other countries instantly lost interest and walked away when I presented myself as an intern of the Dutch mission. At our own premises, there seemed to be a clear split in appreciation for graduates of the ‘diplomatenklasje’ and staff hired on a local contract.

After six months, the internship came to an end. I do not lie, when I say it has been one of the most constructive episodes of my life. In many ways, I have come to know about the diplomatic profession and the workings of UN-organizations. I liked the diversity of covered topics and the vibrantly present international dimension to the work. The diversity of the dossiers also has a downside: there is no time to delve deep into matters. Only the information that is constructive to achieving the diplomatic goals is taken time for.  In my experience, comprehension of the matter takes places outside the world of diplomacy. However, for intercultural and social understanding, there are few better learning grounds.

Maarten van Campenhout is a graduate in Global Political Economy from Leiden University. His undergraduate studies were in European Studies at the University of Amsterdam with a focus on European Economics and a minor in Political Science and Economic History at the University of Connecticut. In 2019 he was an intern at the Permanent Representation of the Netherlands to the United Nations in Vienna. Currently Maarten works as a policy officer in insurer resolution at the Dutch central bank.

Cyber capacity building. Toward security and a global responsibility environment

Introduction to Youth Dossier – Raising the voice of the...

Introduction to Youth Dossier – Raising the...