Introduction to Youth Dossier – Raising the voice of the next generation 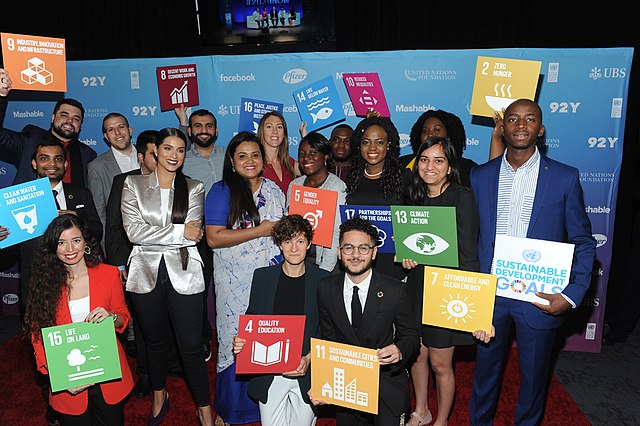 Young people are talked about but not listened to. This is strange, since society claims to attach a lot of
value to the opinion of young people. As is commonly stated, they are the future, but what future do
they envision? The Youth Dossier is to present this exact question to young people.

Why should we listen to young people at all? A society that does not listen to the younger generation is
blind to the perspective of those that will inherit its problems. Society ought to give a voice not only
because young people are inseparable from it, but even more so because the problems of young people
give a glimpse of the issues that will occupy society in the next decade(s). As Dominique Ankoné
demonstrates in his article ‘Nederland op een kruispunt’, even the definition of the challenges to society
faces resonates poorly with what the experience of young people. Meaningful solutions can only be
found when those with a problem are included in finding its solution. Hajar Yagkoubi therefore
addresses the important question that it who is part of the decision making process. According to her,
we should strive towards a meaningful representation of young people.

Problems that are to plague society may have simple beginnings. Going through school is an experience
that the vast majority of young people share. But while education should prepare them for their future
in society, Annick Boersma shows us that today young people in The Netherlands see this formative
phase as highly stressful and filled with pressure. To an ever growing group people, this is too much
and because of this or a variety of other reasons they develop mental problems. Elize Markus provides
us with a compelling story of the harsh reality that the Dutch system for mental health care is woefully
unprepared to provide them with the care they need. What does the future have in stock if this is how
young people are brought up?

Too rarely do issues such as these come to light. This is because even if young people are made part of
the discussion, they are often dismissed and disregarded – even in the halls of the United Nations. Every
year, hundreds of young people join the organisation to learn and contribute to its multitude of
negotiations and consultations. As Maarten Campenhout writes, these interns form the mainstay of the
organisation but cannot expect much in the way of either recognition or respect. That young people can
make a well-informed contribution to political and diplomatic debates is demonstrated by De Jonge
Atlantici, in their insightful intervention about cyber security.

Moreover, as Noemi Andrea Bardas demonstrates, young people are in need of feeling a connection
with society around them. In the end, we should listen to eachother better. Could the U.N., instead of
telling others what to do, attempt to empower people to design their own solutions, by listening carefully
to what people have to say? Listening to activists, for instance of Extinction Rebellion, would be an
important first step. Their video about climate action shows at once one of the most pressing problems
for the next generation as the power of using modern media and activism in reaching young people.

The contributions of this Youth Dossier should be seen as a first attempt in this respect: an attempt to
listen to the future the younger generation envisions. It is by no means the end of this attempt. In the
coming months, more contributions will follow. So, if you feel something is missing from this collection,
do not hesitate to contact the editorial board. We are very interested in listening to what you have to say
and would be happy to open up our pages for your ideas! You can reach us on our e-mail address:
redactievnjongerendossier@gmail.com

Cyber capacity building. Toward security and a global responsibility environment