Hydrogen is safe. Are you? 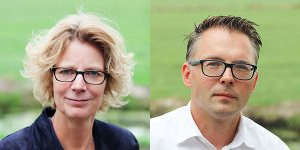 Hydrogen is the first element in the periodic system and is the most abundant one in the universe. In fact, hydrogen, oxygen, nitrogen and carbon are the main building blocks of our physical world. And yet we seem to know so little about hydrogen. And what we think we know is very often connected to assumptions. Is it all prejudice? What are the facts? Should we in fact get more acquainted with hydrogen and its positive and perhaps even negative aspects?

For decades hydrogen has lived a prominent but hidden existence in industry, as a feedstock, a building block, a shielding gas, a coolant in powerplants or a fuel for space missions.

Indeed, city gas also used to contain very high levels (up to 60%) of hydrogen, but in our everyday lives hydrogen never seemed to play an important role. For those amongst us who did hear about hydrogen, it was most likely in chemistry class, making oxyhydrogen (a mixture of hydrogen and oxygen) to create a very reactive and impressive combustion.

Currently, the production and use of energy accounts for 75% of the EU’s Green House Gas emissions. Hydrogen can play an important role in the decarbonization of the energy sector, with a climate neutral and carbon free origin, such as wind, solar and perhaps in the future even nuclear fusion.

In our future energy system, hydrogen (molecules) will play an important role next to electricity (electrons). They are complementary and convertible in each other, and both are energy carriers – thus suitable for system integration. We have become accustomed to the safe usage of electricity for a long time and it thus enjoys wide acceptance.

However, electricity is hard to store, and that is where hydrogen can have an important complementary role — beside the use as energy carrier – in the energy transition.

The application areas of hydrogen are diverse: fuel for mobility, heating for buildings and heat for industry, chemical feedstock and as a chemical building block.

Is hydrogen already accepted in new roles, or is there still a road ahead in educating the general public and building trust?  Many people still have a cognitive dissonance when it comes to accepting hydrogen as an everyday fuel and logical successor in line after wood, turf, coal, oil and natural gas.

Hydrogen is known and used by professionals

For decades, hydrogen has been used in industry in small and large quantities on a daily basis. Large scale production, transport, storage and consumption at high pressures or even liquefied at extremely low temperature (-253DegC) are common practice for professionals in a range of industries. The general safety record for hydrogen is in fact outstanding. Industry and its trained professionals take appropriate measures to keep it that way.

This raises the question: is hydrogen safe? The definition of safety is the state of being protected from danger or harm (Source: Cambridge Dictionary). The risk of danger depends on how you handle hydrogen or any other energy carrier. There are a few rules to comply with to stay safe.  As long as the energy contained in a fuel is managed in a responsible way, it can be used in a safe manner. Though, a hundred percent safety is not possible. Many things we do in daily life are connected to risks, like driving cars, boiling water, swimming, charging batteries. We manage risks to acceptable levels by rules and mitigation efforts, like looking left and right before crossing the street and obeying traffic lights.

Hydrogen is odourless, just as natural gas, and can be combined with odorant like natural gas. However, in some cases that is not ideal, for instance in combination with fuel cells, that require high purity hydrogen. Its wide range of flammability in air (4-75%) is a potential risk, whereas its high buoyancy and diffusivity can mitigate the effect in practical situations where adequate ventilation is provided.

Treating hydrogen simply as natural gas might, if not treated in the right way, in effect become dangerous. A distinctive difference with natural gas is that hydrogen molecules are very small, such that a seal that is gastight for natural gas might let hydrogen through. Other distinctive differences are that a pure hydrogen flame is almost invisible in clear daylight due to the absence or carbon, which makes it difficult to detect with the naked eye. On the other hand, that shows that it is a clean burning fuel.

The natural risks are dependent on the application, and therefore natural risks related to fueling stations are different than those connected to a household condensing boiler, and again very different to a vehicle used on public roads.

For the hydrogen mobility value chain, codes and standards are in place for applications like motor vehicles and fueling stations. More and more hydrogen applications are being developed and become available like generator sets, drones, ships, combined heat and power systems, condensing boilers etc.

All of these applications need regulation, standardization and certification in order to be used in a safe way over the design lifespan, including preventative maintenance and occasionally repairs of defects. Acceptable levels of safety have generally changed over time, expectations are higher today than in the past. For things that people have grown accustomed to, generally higher acceptable risks are tolerated than for new things. Though, the insight in dealing with existing things are also changing due to new developments. Wearing a helmet while skiing is generally safer, but this improvement was not immediately widely accepted. Also habits do not change although the insight in the risks are there. On the other hand, smoking at a petrol station is forbidden, and yet some people do it, not being aware of the risks connected to it, or acting in total indifference.

Demanding an application be ‘fail-safe’ and ‘fool-proof’ is a natural reflex. Modern technology can indeed be supported with intelligent automated safety systems. It is important to consider the safety risk (change x impact) and implement the precaution and mitigation aspect taking that into account. However, adding more sensors and safety systems, can also be the source of malfunction and cost increase. In the end the human error/factor remains the biggest risk in the high-tech world that we live in, and likewise for hydrogen technology.

Information is key, education and training form the path to safe application

To reduce the possible human error, the user of hydrogen applications needs guidance for operation throughout the whole value chain. Clear user instructions in order to remain functional, safe, environmentally friendly, within the laws, economical, etc. The user in this respect might be the technical engineer but also the end-user. Depending on the type of user, the instructions can be significant or minor. The driver of a hydrogen-powered public transport bus may need some specific instructions, the passengers however need no more instructions than in a conventional bus.

The period after sales requires service technicians to be educated and trained for maintenance and repair work. For instance, on high-voltage-, and hydrogen systems for modern hybrid (HEV), battery (BEV), and fuel cell electric vehicles (FCEV), or for installing hydrogen heating systems for domestic purposes.

Emergency rescue or salvage workers need to know how to respond safely and effectively in case a hydrogen application is part of their operation, even if it is not at the source of the problem. How to approach a crashed vehicle, how to extinguish a burning parking garage, how to transport immobilized vehicles, or how to act in case of a hydrogen gas leakage in a house? These professionals that are potentially risking their lives need to be adequately educated and trained, in order to take appropriate measures according to a routine.

In conclusion, hydrogen is not unknown, but it is new in the public domain. This means a new application arena and new users. Any fuel or energy carrier can be safe, dangerous, or even lethal, depending on how it is treated. The human factor is extremely important in managing the risks. The usage of hydrogen as fuel is as such not more dangerous than conventional fuels. The introduction of hydrogen in public and safe operation on a daily basis requires education, sharing reliable information, applied research, adequate and fit-for-purpose communication, certification, codes and standards, and last but not least an open mind.

An International Perspective on Clean Hydrogen