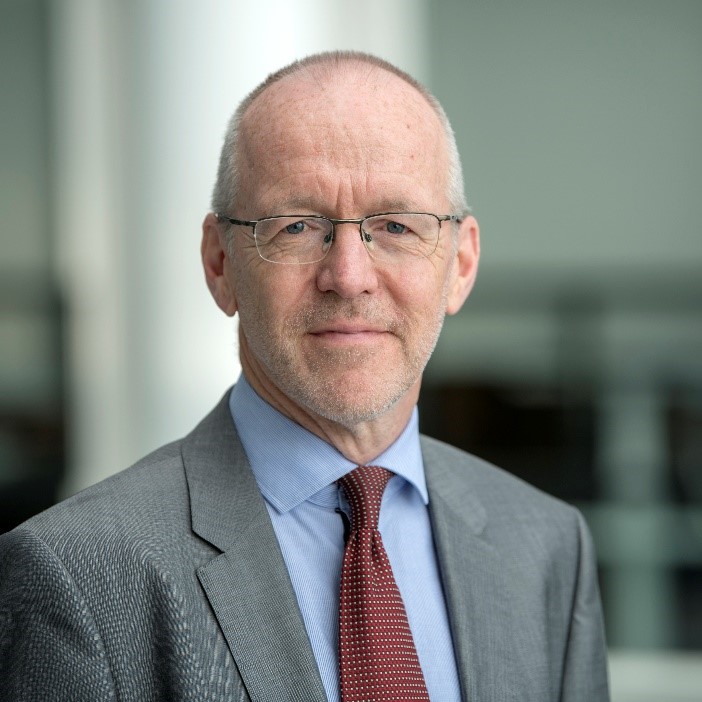 When it comes to arms control people will mostly think of sweeping agreements between superpowers on nuclear weapons. Indeed, these treaties have been the most spectacular products of arms control because they often involved dramatic summitry between world leaders while the subject of negotiations concerned utterly devastating weapon systems. Many people will still remember the images of presidents Reagan and Gorbachev meeting in Reykjavik in 1986 or, the following year, in Washington during the signing ceremony of the INF accord that banned the entire category of ground-launched intermediate-range missiles. This focus of public attention is justified by the enormous impact the potential use of nuclear weapons will have, but not by their actual use because, thankfully, that hasn’t occurred since the US dropped nuclear devices on the Japanese cities of Hiroshima and Nagasaki in 1945.
The paradox here is that agreements regulating the use of conventional weapons (i.e. other than nuclear, chemical or biological ‘weapons of mass destruction’), which happens all the time, are far less well known. All ongoing armed conflicts, including in Europe, are fought by means of fairly tradition conventional weaponry. After the end of the Cold War, former adversaries sat together and discussed ways to prevent new conflicts from erupting again. Two pillars of the emerging architecture to control the use of conventional weapons were formed by the Conventional Armed Forces in Europe (CFE) Treaty and the Vienna Document, a collection of Confidence and Security Building Measures (CSBMs) agreed between the participating states of the Organisation for Security and Cooperation in Europe (OSCE) – the biggest ‘regional arrangement’ under chapter VIII of the UN Charter.[1]

During a period of détente in the Cold War a political process was started, the Conference on Security and Cooperation in Europe, that culminated in 1975 in the signing of the Helsinki Final Act: a general, politically binding document drafted by NATO and Warsaw Pact countries on principles pertaining to security matters, economic cooperation and human rights issues.[2] In parallel to these political talks, as from 1973 delegations gathered in Vienna in the framework of the so-called Mutual and Balanced Force Reductions (MBFR). These talks dragged on for nearly sixteen years without producing any formal results, but did lay the groundwork needed to kick-start the speedy process that would lead to the signing of the CFE Treaty in November 1990, one month after German reunification.
CFE is a landmark treaty that encapsulated the end of the Cold War and for a long time has been considered a cornerstone of European security. The treaty, covering an area from the Atlantic to the Urals, places limits on five categories of equipment: tanks, armoured combat vehicles, heavy artillery, combat aircraft and attack helicopters – systems used for launching surprise attacks and initiating large-scale offensive actions that could bring the prospect of nuclear conflict closer. Specific limitations applied to flank zones of the treaty area, including parts of the Russian Federation. After complaints from Moscow, that was grappling with developments in the restive North Caucasus, these provisions were mitigated during a 1996 Review Conference.

CFE led to a massive drawdown of forces and destruction programs of excessive weaponry, largely born by the Warsaw Pact countries who previously enjoyed a considerable conventional superiority vis-à-vis NATO. The treaty’s inspection regime provided a unique degree of military transparency, as well as military contacts which contributed hugely to the CFE’s confidence-building character.[3] Apart from addressing security concerns in Europe, the lowering of numbers of armament also served NATO’s European members’ purpose to encourage lasting American involvement in their security.
The implementation of CFE functioned well and thousands of inspection missions were carried out. Still, after the Warsaw Pact had been disbanded in 1991 the original bloc-to-bloc make-up of the treaty became increasingly obsolete. The Soviet Union’s dismemberment later that same year had already caused a distribution of treaty responsibilities among eight newly independent states, and during the aforementioned Review Conference it was decided to start drafting an Adapted CFE Treaty, introducing national ceilings and firmly re-establishing the principle of ‘host-nation consent’: the permission by states for stationing foreign troops and treaty-limited equipment on their territories.

On the margins of the 1999 OSCE[4] Summit in Istanbul, where heads of state and government adopted an ambitious Charter for a New Europe, parties to the treaty signed the Adapted CFE. However, only Russia, Ukraine, Belarus and Kazakhstan would afterwards ratify this document while NATO countries refused, arguing that Russia’s failure to withdraw contingents from Georgia and Moldova amounted to a violation of commitments.[5] Therefore, the new treaty never entered into force meaning that when the Baltic states, who hadn’t participated in the CFE redistribution among former Soviet republics, joined NATO in 2004 they constituted an unregulated area, much to Moscow’s annoyance.
After Istanbul, relations would deteriorate further over the Iraq war, NATO enlargement and the US announcement in 2007 to deploy missile defence systems in Poland and the Czech Republic. That same year, Russia adopted legislation ‘suspending’ the implementation of the CFE Treaty (although the treaty has no such provision) and a few years later western countries would reciprocate by no longer carrying out their obligations vis-à-vis Russia. In 2015 Russia, still a state party to CFE, also withdrew from the treaty’s diplomatic body, the Vienna-based Joint Consultative Group (JCG). Although CFE activities are still ongoing, this ‘cornerstone’ instrument has virtually ceased to function and the prospects for revamping ant such agreement look very grim.

Whereas CFE primarily governs the statics of military holdings, the politically binding Confidence and Security Building Measures (CSBMs) of the so-called Vienna Document (VD) that was agreed by OSCE countries in 1990 focuses rather on dynamics, or behaviour. Its provisions basically concern the exchange and verification of military information.[6] This includes the size of defence budgets, locations and composition of military units, annual calendars, the observation of certain military activities and the possibility to conduct inspection and evaluation visits. Some important CSBMs contain constraining provisions for military exercises, with prior notification rules when exercises are beyond predetermined numbers of troops and equipment. The VD should be considered in conjunction with the CFE Treaty, and is discussed in the OSCE’s Forum for Security Cooperation (FSC). These CSBMs are supposed to be updated every five years, but the VD’s latest edition dates from 2011 and subsequent modernisation efforts have been stalled, mainly because of Russian unwillingness to engage.

With the unravelling of CFE, it is no surprise that the VD gained renewed attention after the Russian-Georgian war of 2008 and, even more so, after the crisis in Ukraine that broke out in 2014. In that context, NATO countries have tabled new VD proposals with lower thresholds for notification of large-scale exercises or expanding the possibilities to monitor activities that do not require prior notification. Moscow, on the other hand, felt that these newly proposed rules were all targeted at Russia’s policies toward Ukraine and refused to discuss them, referring to earlier periods when NATO countries were not prepared to look at Russian proposals. The VD still works, although the number of compliance issues is rising, and especially Russia is widely believed to circumvent commitments by submitting downsized troop numbers or by abusing the possibility to label comprehensive exercises as short-notice combat readiness drills that are exempted from external scrutiny.

In an effort to address the dire state of these arms control instruments, the German OSCE presidency in 2016 launched an initiative to “work towards creating an environment conducive to reinvigorating conventional arms control and CSBMs in Europe”. In the so-called Hamburg Declaration, Foreign Ministers agreed to an informal ‘Structured Dialogue’ on challenges and risks to security in the OSCE area, although both the US and Russia added cautionary interpretative statements to this decision.[7] Since this launching date, under the successive chairmanships of Germany, Belgium, the Netherlands and, currently, Spain several meetings have taken place in the framework of this process. Both broader, political discussions on threat perceptions are organised as well as more detailed sessions of military representatives, discussing data on force composition and postures (that are routinely exchanged among OSCE countries but, interestingly, seldom analysed) and risk reduction. But in this dedicated dialogue too, discussions are often marred by mutual distrust and veer near topics such as ‘hybrid’ threats or anti-terrorism: subjects that are dealt with in other fora and don’t relate to conventional arms control.

In themselves, these talks are useful but at the same time, no-one should expect any concrete results to come out of this process anytime soon. With the overall unravelling of arms control (INF, the meagre prospects for extending New START, the nuclear deal with Iran, the US withdrawing from the Open Skies Treaty) and mounting political tensions over all sorts of international issues, there is no benign environment for binding, rules-based multilateralism: not in the domain of arms control or anywhere else. Still, this observation doesn’t absolve European countries from trying to remedy this situation because many of these agreements are about European security. In that sense, Europe may be well advised to rely less on an increasingly erratic US lead role and beef up its own capacity to act and think more independently.[8] Europe, divided as it is, should also try to start a new conversation with Russia which, like it or not, has a profound impact on our security environment. That conversation should include conventional arms control, which has served us well in the recent past, but is badly in need of adaptation and modernisation.

Hugo Klijn is a senior research fellow at the Clingendael Institute of International Relations.
He works on Trans-Atlantic security, arms control and Russia and Eastern-Europe.

[4] The December 1994 CSCE Summit had agreed to change the name to Organization for Security and Cooperation in Europe (OSCE).

[5] This concerned bases in Gudauta and Vaziani, which according to a joint statement by Russia and Georgia were to be “disbanded and withdrawn” by July 2001. Besides, the Istanbul Summit Declaration welcomed the commitment by Russia “to complete withdrawal of the Russian forces from the territory of Moldova by the end of 2002”, referring to Russia’s military presence in the breakaway region of Transnistria (https://www.osce.org/mc/39569)

[8] In a new report, the Dutch Advisory Council on International Affairs argues in favour of ‘new thinking’ on a European security architecture (in Dutch: https://www.adviesraadinternationalevraagstukken.nl/documenten/publicaties/2020/06/19/europese-veiligheid-tijd-voor-nieuwe-stappen)

Interview with politician Daniel F. Seger, Member of the Landtag...