Home DossiersDossier: ‘Are Arms controlling us, or can we take back control?‘ The Open Skies Treaty – what will happen after US exit?

The Open Skies Treaty – what will happen after US exit? 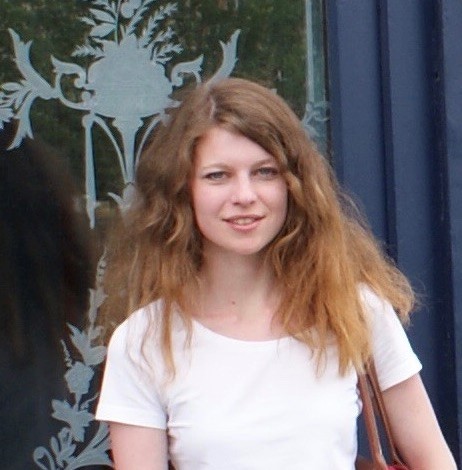 Auteur: Julia Berghofer
Dossier: ‘Are Arms controlling us, or can we take back control?‘
Gasthoofdredacteur: Hugo Klijn

The international arms control architecture is eroding. After the United States’ withdrawal from the joint comprehensive Plan of Action with Iran in 2018 and the abrogation of the Intermediate-Range Nuclear Forces Treaty (INF) in 2019, this year saw another major blow against a key agreement, the Open Skies Treaty (OST). Secretary of State Mike Pompeo announced on May 21st that the Trump administration decided to leave the treaty with a notice period of six months. “(T)he United States will no longer be a party to the Treaty. We may, however, reconsider our withdrawal should Russia return to full compliance with the Treaty,” Pompeo stated. This was a decision anticipated for quite a period of time by experts in the United States and in other countries who are state parties to the treaty, such as Germany. However, the quick pace at which the administration took executive action was staggering.

The Treaty’s Provisions and Value

To understand the importance of the OST for the European security architecture, and the problems that result from the US’ withdrawal, it is helpful to take a closer look at the provisions of the treaty and its benefits for state parties – both in a political as well as in a technical sense.

The Open Skies Treaty is a highly technical, rather unpretentious agreement in the broader field of arms control. Although it does not put any limitations on weapons categories nor eliminates them, and therefore per definitionem does not count among traditional disarmament and arms control tools, it has contributed significantly to transparency and confidence building in the transatlantic sphere. Since the OST entered into force in 2002 it has enabled mutual overflights over the territory of its 34 states-parties, amongst them almost all NATO member-states, Russia, Ukraine and other non-aligned countries. OS overflights are regulated by a quota system: every state party is obligated to accept a pre-defined number of overflights, referred to as passive quota, depending loosely on the geographical size of the country. In turn, every state party has an active quota for overflights that it can conduct over the territory of another state. A country’s active quota cannot exceed its passive quota. It is possible for multiple states-parties to take part in an overflight. The respective mission will be counted as one flight for the observed state party, and as one active flight for each of the observing states-parties that participate.

A copy of the data collected during an observation flight will be shared with the host country. All other state parties will be supplied with a mission report compiled by the observing party; they also have the right to purchase a copy of the collected data from the observing party. All data will be subject to a quality control. OST imagery is therefore highly valuable for those states-parties who do not possess their own satellite capabilities, as it can improve their situational awareness. Furthermore, these images are tamper-proof and as such provide an invaluable asset in times of deep fakes.

In a practical sense the OST has proven indispensable for European states as well as for the US from 2014 onwards for it has been “an essential tool for United States efforts to constrain Russian aggression in Ukraine”, as top Democrats in Congress, amongst them Bob Menendez and Adam Smith, noted in a letter to Secretary of State Mike Pompeo and Secretary of Defense Mark Esper in October last year. Although this claim is rather cloudy, it reveals the importance these lawmakers attach to the Treaty.

The implementing body of the OST is the Open Skies Consultative Commission (OSCC). It consists of representatives of all states-parties to the treaty. The OSCC convenes in monthly plenary meetings at the headquarters of the Organization for Security and Co-operation (OSCE) in Vienna. It also has a range of informal working groups of experts on specific topics. The OSCC is mainly tasked with questions related to the compliance with the treaty; resolving ambiguities and differences of interpretation; with applications of accession to the OST; and with review of the distribution of flight quotas annually. Review conferences are held every five years.

For a long period of time, the OST has been regarded as a success and a benefit for participating states although its value might not always have been fully appreciated. In 2012, the Chief Arms Control Delegate of the US Mission to the OSCE, Damian Leader, noted, “It has really increased confidence among the countries (…) Sometimes we overlook the value of just an individual face-to-face contact between people from countries, which sometimes in the past have been adversaries, but are now joining this common effort at increasing confidence within the OSCE space.” In a similar vein, the head of Military Security and Arms Control in the Russian delegation, Anton Mazur, said, “We think that the Treaty on Open Skies is a well-functioning tool in the system of confidence- and security-building measures from Vancouver to Vladivostok. As a matter of fact, the last decade of the treaty’s implementation has ensured unprecedented openness and transparency of the States Parties.” Clearly, the situation has dramatically changed since 2012, and the atmosphere in wider Europe has become increasingly tense since Russia’s illegal annexation of Crimea. It is no surprise then that the assessment of the value of a multilateral treaty based upon transparency and openness has significantly changed, too.

The idea of leaving the OST has been around in the US for several years now, but it gained further substance with concerns over Russia’s non-compliance with the OST due to the imposition of restrictions on the flight distance over the highly militarized region of Kaliningrad as well as restricting access to 10-kilometre corridors adjacent to Georgia’s breakaway regions of South-Ossetia and Abkhazia. The US has responded with several actions aimed at bringing Russia back into compliance, including flight restrictions over Alaska and the Pacific Fleet in Hawaii.

But opponents of the treaty did not only raise the Kaliningrad issue as a matter of concern, but they also  questioned its relevance for US security interests. A prominent argument points to the availability of commercial satellite imagery delivering data of a quality similar to OST data.

Earlier this year, Senators Bob Menendez and Jack Reed reiterated their concerns over a precipitous withdrawal from the treaty and declared in a letter to the President of 28 February that the circumstances under which a possible decision could be taken was against the law, for there has been “no robust prior consultation with Congress.” They highlighted the importance of the OST as a multilateral agreement “that operates as a critical transparency tool for the United States and our allied treaty partners” and which “provides the United States and our partners real-time, comprehensive images of Russian military facilities”. The US had, for the last 17 years, conducted nearly three times as many overflights over Russia as Russia overflew the United States, they added.

There are different interpretations as to whether the other states-parties have been informed in a manner requested by the treaty. While some mourned the lack of appropriate consultation with partners, others point out that there has been at least an en passant notice which in the views of the US administration might have been interpreted as sufficient.

Still, the US withdrawal comes along with domestic ignorance and foreign policy imprudence. The OST not only enjoys bipartisan support in Congress who appointed $41.5 million to replace the ageing Boeing OC-135 aircraft used for Open Skies overflights, with a new aircraft equipped with state-of-the-art digital cameras. Russia’s TU-154 already uses new sensor technology, and Germany has spent 120 million euros for the development of its new Open Skies aircraft, the Airbus A319. The US’ modernization plans may have become obsolete now.

Also, by leaving the treaty the US clearly signalizes a growing lack of commitment towards European security and especially a lack of interest in the security of those states-parties who do not have their own satellite capabilities. It is even less clear why the US administration disregards its own interests: while Russian OS aircraft can conduct observation flights over US military installations in Europe (at least as long as the treaty continues to exist), these activities can no longer be reciprocated by the US.

International Reactions to the US Withdrawal

Immediately after the US’ announcement of withdrawal, a range of European states voiced their concerns over the future of the treaty. The foreign ministries of 12 countries, including France, Germany, the UK and the Netherlands expressed their “regrets” with the Trump administration leaving the treaty, and  reaffirmed the treaty remains functional and useful. NATO Secretary-General Jens Stoltenberg issued a more cautious statement on May 22 in which he acknowledged the Russian violations following the flight restrictions over Kaliningrad and along the Russo-Georgian border, and stated that “Russia’s return to compliance is the best way to preserve the benefits of the Treaty”.

The challenge for European states now will be to keep the treaty alive and prevent a further erosion of the agreement. For starters, individual states-parties should not share their OS data with the US after it has left the treaty. European states benefit from a direct military exchange with Russia; at the same time, the OST is one of the last remaining confidence-building measures in the Euro-Atlantic sphere and offers a degree of transparency and contact between military personnel and flight crews, even in times of heightened tensions. To give up on the treaty would be a major pushback against the European security architecture as such.

Influential states like Germany and France, and perhaps the UK, face a special responsibility now with regards to the survival of the treaty, the same goes for Russia whose deputy foreign minister Sergey Ryabkov reportedly said in a discussion forum that the country it will “work in favour of preserving the treaty” remain a party to the OST. This is only possible if there is a clear and coherent stance towards the continued value of the treaty, and a clear signal that no data will be shared with states who are no longer part of the OST.

Julia Berghofer is a policy fellow with the European Leadership Network, and a project manager for the Younger Generation Leaders Network (YGLN). Prior to that, she has held positions as research assistant with the Stiftung Wissenschaft und Politik in Berlin and as a project assistant with the Munich Security Conference in Munich. Julia holds an M.A. in Political Sciences from the University of Hamburg, and a B.A. in Political and Communication Sciences from LMU Munich and the University of Vienna. She is a vice-chair of the YGLN and a member of the Réseau Nucléaire et Stratégie – Nouvelle Génération.

Where to draw the line? The problem of Lethal Autonomous...

Where to draw the line? The problem...