Home Dossiers Dossier: ‘Are Arms controlling us, or can we take back control?‘

Dossier: ‘Are Arms controlling us, or can we take back control?‘ 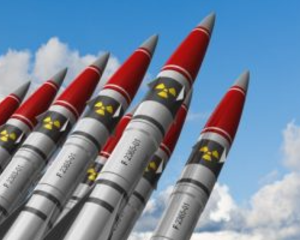 This edition of UN Forum is dedicated to arms control. In recent times, arms control has re-emerged as a topical issue, but sadly for the wrong reasons. One may look at arms control as a kind of barometer, measuring geopolitical pressures among states. Given the current upsurge in great power rivalry, it was probably to be expected that existing agreements would come under fire, or that no political will is being mustered to update regimes, let alone establish new ones. Having more prominent actors now on the geopolitical scene than during the Cold War hasn’t made things easier. And historical experience teaches us that during a transitional phase from one ‘world order’ to the next, neither status quo powers nor aspiring powers are particularly interested in having their military capabilities circumscribed by legally, or even politically binding frameworks. Indeed, this seems to bode ill for the near future of arms control. But many countries’ security hinges on these multilateral arrangements, especially in Europe, so the requirement remains to address arms control issues and try to engage great powers in discussing mutually beneficial instruments and measures. A tall order, but at the same time a pressing task.