Home Banner The UN and Russia’s War in Ukraine

The UN and Russia’s War in Ukraine 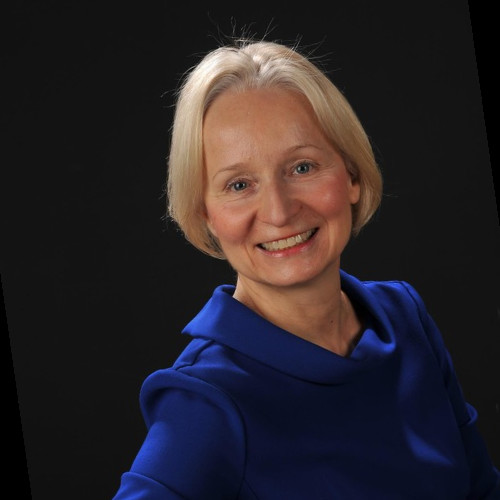 About half a year ago, during the night session of the emergency meeting of the UN Security Council on the 23rd of February 2022, Secretary-General António Guterres urged President Putin “to stop your troops from attacking Ukraine, give peace a chance”.

In Moscow, almost simultaneously, the launch of a special military operation in Ukraine was announced and the Ukrainian troops were asked to put down their arms. As the abovementioned Security Council session ended, the UN chief called what happened the “saddest moment” in his tenure as UN Secretary-General.

During the first six months of the war launched by the Russian Federation in Ukraine, the shelling and missile attacks caused destruction, civilian injuries, and deaths. According to OHCHR statistics, as of 25 July 2022, the civilian casualties alone amounted to about 12,000, noting that the actual figures were likely to be higher. According to UNHCR, since the beginning of the war, nearly one-third of the Ukrainian population had to leave their homes creating the largest human displacement crisis in the world. Within Ukraine, over 6.3 million people were displaced. Additionally, more than 9.8 million movements out of Ukraine have been recorded since 24 February, although, with over 3.9 million movements back into the country.

What did the main bodies of the United Nations do during this period to address the above?

As a start, on 25 February, the Secretary-General of the United Nations appointed Amin Awad of Sudan as Assistant Secretary-General to serve as United Nations Crisis Coordinator for Ukraine. For months, however, there had not been much publicly noticeable from his activities. On 3 June 2022 a statement was published under his name marking “100 days since the start of Russia’s invasion of Ukraine on 24 February. This invasion of Ukraine is a violation of its territorial integrity and of the Charter of the United Nations”. Clear standpoint without a pro forma lenience to sound neutral.

In his following statement a few weeks later, however, his concerns regarded the escalation of “the war in Ukraine”, focusing on the winter looming around the corner, potentially threatening the lives of millions.

1.   It adopted on 2 March a resolution deploring the “aggression” committed by Russia against Ukraine (141 votes in favour, 5 against and 35 abstentions).

2.   On 24 March, the UN General Assembly overwhelmingly demanded civilian protection and humanitarian access in Ukraine, while also criticizing Russia for creating a “dire” humanitarian situation (140 votes in favour, 5 against and 38 abstentions).

3.   On 7 April, the UN General Assembly adopted a resolution calling for Russia to be suspended from the Human Rights Council. The resolution received a two-thirds majority of those voting, minus abstentions, with 93 nations voting in favour and 24 against.

4.   On 26 April 2022, the UN General Assembly adopted a new resolution calling on the five permanent members of the Security Council to justify the use of the veto. This resolution 76/262, cosponsored by 83 Member States, was adopted by consensus.

The above resolutions have hardly had any impact on ground. Equally, despite some precedents from earlier crises, the GA did not call upon its members to impose sanctions on Russia.

Nevertheless, the voting behaviour related to the above GA resolutions gave a concentrated indication about the state of play concerning the viewpoint of the individual UN member states regarding the ongoing war.

On 16 March the International Court of Justice ordered Russia to immediately suspend its military operations in Ukraine.

After the above cited provisional measures have been ordered, the question of enforceability has become a challenge. As far as the future of this case is concerned:

“Even if the court remains sympathetic to Ukraine’s arguments around military activities, it does not guarantee victory on these questions. Ukraine may be facing an uphill battle on its requests beyond halting military activities as the crux of its argument rests on the Genocide Convention, which contains explicit provisions for punishing perpetrators of genocide but not for those misinterpreting its terms.”

The UN Secretary-General visited Russia and Ukraine at the end of April.

In Moscow he proposed the establishment of a Humanitarian Contact Group, bringing together the Russian Federation, Ukraine, and the United Nations, to look for opportunities for the opening of safe corridors to help save lives in Mariupol.

The less fortunate defenders from Azovstal remained on the territory of the former penal colony in the occupied Olenivka, the Donetsk region.

On July 29, an explosion destroyed the building killing more than 50 Ukrainian prisoners of war.

Simultaneously, the UN Secretary-General personally played a role in brokering the deal in July to resume Ukrainian grain exports through the Black Sea to ease the international food crises. The United Nations had been working for over two months with Turkey to arrange a package deal to both resume Kyiv’s exports and facilitate Russian grain and fertilizer shipments.

The implementation is ongoing despite of subsequent attack on Odesa and shelling of numerous towns.

And what about the UN Security Council?

The Security Council’s failure, however, to halt Moscow’s aggression has been widely criticised, among others, by Ukrainian President Volodymyr Zelenskyy. On 5 April, via video link, he called for the United Nations Security Council to remove Russia or “dissolve” itself.

The indecisiveness of the UN Security Council has reinforced debates concerning the necessity of UN reforms. For instance, Richard Gowan, UN Director, gave a lecture regarding this topic to the Geneva Centre for Security Policy on 3 May 2022.

He raised the question whether the Ukraine War was a new San Francisco moment. In his lecture there was a reminder of the fact that the UN Secretariat was “working on developing policy responses to the problems set out in the Common Agenda in advance of a Summit for the Future planned for September 2023. As part of this process, it is meant to deliver a New Agenda for Peace focusing on peace and security.”

The role played by institutions under the umbrella of the Economic and Social Council (ECOSOC):

In the video message of the UN Secretary-General to the Ukraine Recovery Conference, 4-5 July 2022, the following was shared:

“Working closely with the Ukrainian government and over 300 local civil society partners and international NGOs, the United Nations is reaching almost 9 million people with essential and life-saving assistance.”

Indeed, that’s where the practical strength of the UN bodies lies; especially that of the UNHCR, the UN Refugee Agency, is standing out in this respect:

In the first place, the reliable statistics that UNHCR provides are noteworthy; widely trusted/ cited worldwide. Much of the statistical reporting from UNHCR comes from the refugee hosting countries. Additionally, the UNHCR’s Field Information and Coordination Support Section also collects operational data to monitor trends in forced displacement from its country offices. The data related to the war in Ukraine are being regularly updated and accessible to all.

Secondly, since the 24th of February, the UNHCR has been providing support for the displaced both in Ukraine and in the “receiving” neighbouring countries. Some selected data to highlight the nature of the involvement of the UNHCR:

–  422,129 people received protection assistance, advice and referrals at border crossing points, transit, and reception centres and through hotlines. This includes protection counselling and services, including psychosocial support and legal aid.

–  Since the beginning of cash enrolment in Ukraine on 17 March, cash assistance has been disbursed to 436,000 people.

–  639,237 people have benefitted from core relief items and food assistance across eastern, central and western Ukraine.

– Inter-agency Refugee Coordination Forums, led by UNHCR, and specific sectoral groups, have been established at country level in Belarus, Bulgaria, the Czech Republic, Hungary, the Republic of Moldova, Poland, Romania, and Slovakia to support the efforts of the concerned governments.

Without elaborating further on each institution’s relief efforts in the UN system, based on the above, it’s not an exaggeration to claim that the: “United Nations is not quite as hopeless as its critics suggest”, as stated by Richard Gowan, United Nations Director at the International Crisis Group in New York. He is also of the view:

“The organization (UN) has indeed acted as a platform for international public criticism of Russia, brought some aid to victims of the conflict, and helped keep a lid on some other crises that would otherwise be consuming the time of Western policymakers. None of these achievements will bring much comfort to Ukrainian civilians who have borne the full brunt of Moscow’s aggression, but the world would be worse off without them.”

Interview with politician Daniel F. Seger, Member of the Landtag...