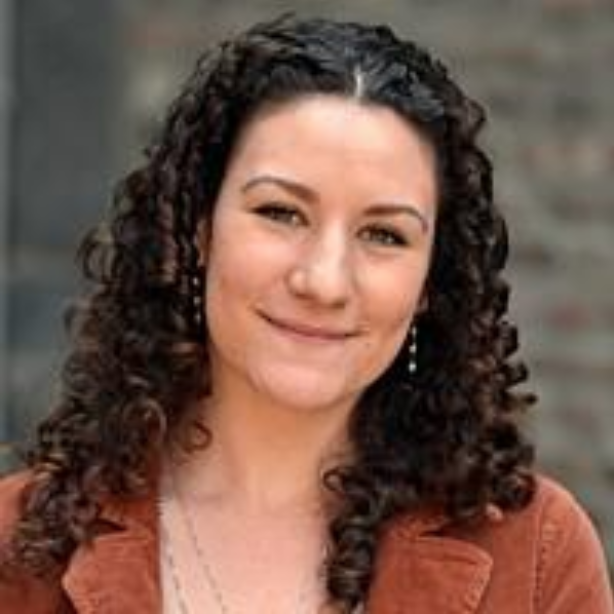 Much recent literature has highlighted how the magnitude and nature of global population movements have shifted in the past decades. As of the end of 2017, around 3.4% of the world’s population were international migrants—a significant increase from 17 years earlier when 2.8% of the world’s population lived outside of their countries of birth. The largest share of these mobile populations are individuals of prime working age, between the ages of 20 and 64. Women constitute nearly half of the world’s international migrants, and in some regions—such as Central and Eastern Asia—women constitute more than 50%.

Shifts in the demographic characteristics of migrant populations often signals more fundamental changes to the geographies and functions of migration. In some regions of the world, increasing shares of working-age women on the move have coincided with increased demands for typically “female” labour—for example, care for the elderly, care for children, and for domestic work. The simultaneous diversification of migrant destinations, the purposes for which individuals migrate, and the share of female migrants have contributed to a “feminization of migration”. The feminization of migration in specific regions has incited concern about the potential consequences for the families such mobile women ‘leave behind’, with increasing scholarship, public discourse, and policymaker interest focused on children specifically.

Children may remain in the origin country or community following the migration of one or both parents due to a multitude of reasons. In many countries, migrants may move for relatively short periods of time (for example in the case of seasonal migration) or may migrate and return several times throughout the year (circular migration). In such cases, it may be a practical challenge to take children along, as such moves may disrupt the continuity of care, education, and other inputs for children. In other cases, parents may simply not have the legal right to migrate with their children, either because they are not legally entitled to move with their family members (due to restrictive visa regimes or residence registration requirements) or because they have entered or remained in the country of destination irregularly. Parents may also prefer that their children remain in their place of origin because they cannot dedicate the time and energy needed to raise a child while completing work abroad. The challenges of moving a family often apply equally to both international and internal migrants.

Consequences of “staying behind”

The demographic profiles of migrants, the growing scale of (labour) migration, and the diversification of migration trends within restrictive family mobility environments may create a “perfect storm” for family separation. Indeed, in many countries with high rates of international or internal labour migration, such as the Philippines and China, a significant share of children may stay behind following parental migration. While recent estimates are hard to come by, research from 2009 in China suggested that up to 23 million children under the age of 14 remained behind when one or both parents migrated to other regions for work.

Policy makers and civil society or intergovernmental organisations often identify children who are ‘left behind’ (or who stay behind) following parental migration as a particularly vulnerable group. Children who have been separated from their parents through migration are sometimes perceived of as being at higher risk of being exploited or of falling into high-risk behaviours such as drug use or risky sexual relationships given the lack of parental guidance or supervision. In some family settings children may be expected to take on more responsibilities in the household related to caring for siblings, preparing meals, cleaning, or assisting in family enterprises, including farm work, which may cut into the time children ‘should’ be spending in school or at play. Other potential negative consequences of parental migration could include the erosion of child-parent relationships, the development or poor psychological health, or feelings of loss and abandonment.

However, recent scholarship has highlighted that the consequences of parent-child separation through migration are far from universal. Factors such as the gender of the parent and the child, the quality and continuity of the caregiving environment, and the age of the child—among many other factors—are key in shaping how a child navigates the post-migration experience. In some cases, parental migration may not negatively impact children who remain behind: in some cases children may benefit from migration, particularly in terms of greater decision-making autonomy, greater access to or resources for health and educational services, and better psychosocial health outcomes.

The inherent heterogeneity in child populations challenges understandings of the consequences of parental separation both for child well-being (in the present) and their ‘well becoming’, their future well-being. In research, central to these discussions are questions of methodology. How is well-being defined and measured? The academic and policy literature on the potential impacts of parental migration for “stay-behind” children may focus on child well-being through single aspects (such as psychological health, physical health and nutrition, educational performance) or through multidimensional measures that try to assess child well-being as a comprehensive outcome comprised of different elements. Observation and measurement may rely on qualitative methods (such as in-depth interviews or participant observation) or quantitative measures (such as standardized survey instruments). It also matters who is measured and how they are sampled, as the selection of children into a sample may challenge the appropriateness of applying a study’s findings to a wider group of children.

In reviewing the global evidence on the consequences of migration for the children who stay behind, there are clear challenges in arriving at an “aggregate” understanding: different elements of well-being are observed for children in different cultural and geographical contexts, of different demographic characteristics, and through different methods.

Why does parental migration matter for development and the SDGs?

Nonetheless, scholarship focusing on the potential consequences of parental migration for child well-being can suggest some common lessons for child development, despite how diverse children are and how diverse their circumstances of migration can be. Studies of different child populations in different country settings have suggested that there are some common features that can help buffer children from the negative repercussions of parental migration. Some of these features relate directly to building resilience among the children of migrants and their families, whereas others relate to the wider institutional environments in which migrants and their families function.

On the micro-level, the level of children and families, several studies have suggested that stable caregiving environments that engage children in decision-making processes can help to minimise the disruption caused by parental migration. Studies such as those of Mazzucato et al. (2014) in Ghana, Nigeria, and Angola have found that children who experience fewer changes or transitions in who cares for them fare better than children with more caregiving changes. The stability of the caregiving environment is therefore an important element, which may be connected to how well migrants can plan their migration. Irregular migrants who move in response to unexpected chances and short-term windows of opportunity may not be able to plan as well for their children’s care in their absence as migrants who have access to regular and predictable migration opportunities. Children who have been informed of the migration process and have been engaged in decisions relating to their parent’s moves may also better navigate the post-migration period because they have better knowledge of what to expect and can plan accordingly. Being part of the migration decision, again, relies on being able to anticipate and know of possible migration opportunities.

On the meso-level, the level of communities, previous literature has suggested that reducing stigma around being a ‘stay behind’ child and creating community support mechanisms for such children can further buffer children from potential negative consequences of parental migration. Children whose parents have migrated without them may face prejudicial attitudes that hinder their well-being. In some countries, children with migrant parents may be thought to lack moral guidance and to be a bad influence on other children. In other countries, children with migrant parents may be expected to receive remittances and to be rich, which can lead to extortion or discrimination of children, often in classroom settings. The normalization of parental migration and the active effort to dispel assumptions about children with absent parents may help children face the transitions brought by parental migration. Some studies have also suggested that children living in communities with dedicated services or focal points for assistance may fare better. In some communities where migration is more prevalent, school staff, social workers or assistants, and other community members can be trained to reach out to children with migrant parents and to refer them to targeted services when needed. Such community level mechanisms can help both to normalize migration while simultaneously creating a system for monitoring the well-being of potentially vulnerable children.

On the macro-level, the level of states and policies, institutional environments that support transnational movements and lower-risk migration may support the well-being of children with migrant parents. In line with earlier observations, migrants who have the ability to plan their migration and the post-migration caregiving setting may in turn have children with better post-migration outcomes. The security and tenure of (legal) migration is thus likely to play a role in supporting better child outcomes. Irregular migrants may be less likely to make periodic or temporary return visits to their children if they fear that they will be unable to re-enter the country of residence. Previous studies have found that irregular migrant parents have longer durations of absence from their children and often face riskier and more expensive migration journeys, which can in turn diminish the quality of a child’s life. In contexts where migrants have to borrow large sums of money to pay for their journeys, children may need to work to help their families pay off the debt, which may involve predatory lenders, especially when the migration is irregular. Migrants with access to legal, predictable migration pathways may be able to better plan their journeys, to physically return and re-migrate, and to build up stable livelihoods in their countries of residence. Migrants with legal access to entry and stay in a country are more likely to have secure jobs in the formal employment sector, which may help ensure that such migrants earn money and gain skills that can potentially be transferred to their children who have remained behind.

Many of these elements suggest a need to support dignified, transparent, and regular migration channels, a theme that is directly addressed in the Sustainable Development Goals. Target 10.7 of Sustainable Target Goal 10 ( which seeks to ‘reduce inequality within and among countries’) highlights that regular, safe, and orderly migration is an important element of supporting equitable development. In addition to the development opportunities it opens up for migrants, the expansion of legal migration opportunities is likely to enhance the well-being of ‘stay behind’ children.

Sex work and trafficking: relationship, persisting stigma and a look...

Forced Migration: A Primer of the Research Agenda