Interview with politician Daniel F. Seger, Member of the Landtag of Liechtenstein 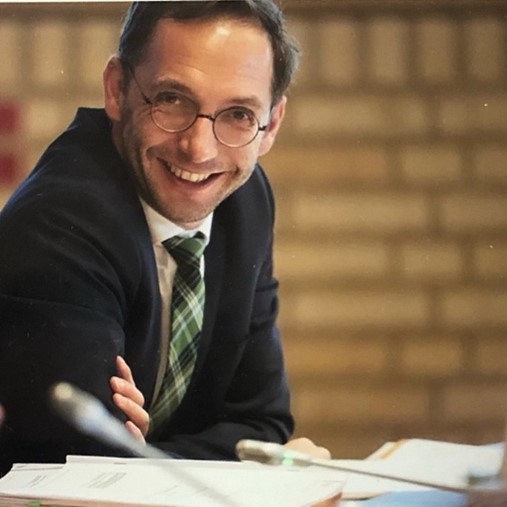 1. Tell us about yourself.

I am 45 years old and live in Liechtenstein, work as a lawyer and am member of our parliament since 2017. Since March 2019 I have a wonderful boyfriend and since October we live together in Liechtenstein.

2. what do you find so special about your job?

It is very diverse, especially the combination of being member of our legislative organ (parliament aka Landtag) and working next to that as a lawyer.

3. What are your strengths?

I think I am an optimistic and resilient person with the ability to give constructive feedback and look for solutions. I want to change things for the better.

4. What are your future goals?

Privately I love to live together with my boyfriend and am looking forward to our future together. I hope I will find more time for him, my family and friends. Politically I want to open marriage for all in Liechtenstein and also adoption for all. First steps have been done already. In my business I want to make the best for my clients and find the best solution for them.

5. How do you see the relationship between the Netherlands and Liechtenstein.

The Netherlands and Liechtenstein have no common border and the air-line distance between our two countries is more than 600km. Having that in mind I think we have a good relationship to each other which can be strengthened in the future. For example when it comes to LGBTIQA+ topics we in Liechtenstein could and should be more liberal like the Netherlands.

6. How do you see the relationship between the Netherlands and Liechtenstein in the future? and what would you like to see happen.

I would be happy if the relationship will strengthen.

7. The Netherlands was the first country in the world to allow same-sex marriage. Same-sex marriage came into effect in Switzerland on 1 July 2022. A referendum was held for it, an overwhelming majority of Swiss voted in favour. How does it make you feel that same-sex marriage is also accepted in Liechtenstein?

I think Liechtenstein is less conservative than a lot of people think. When the registered partnership act was introduced in Liechtenstein in 2011 there was also a referendum and the percentage of people voting in favor of that act was even higher than in Switzerland. I hope it will be the same with same-sex marriage. A good sign is that 15 of 25 members of parliament signed a motion about open marriage for all and 23 members of parliament have transferred that motion to government.

Liechtenstein is a small country, and we have to direct our resources to where we can make a change. I think at the moment it would be difficult to find enough people to establish a United Nations Association in Liechtenstein, but who knows perhaps there will be if a bunch of people establish such an Association. In addition, our diplomats working on UN-topics, especially Christian Wenaweser, does a great job. Never forget how small our country is.

9. Liechtenstein’s ‘Veto Initiative’ has gained Wide Approval at the UN. Will It Deter the Big Powers?

I hope so and I think it is very important that a country which uses its veto right must give reasons why they do so.

10. Why should a vote by Liechtenstein (less than 39,000 inhabitants) be equal in weight compared to China, India, the US or other major countries.

This principle, that every nation has one vote is part and an outflow out of the law of nations. Big countries and countries with a huge population have nevertheless more influence because of the financing mode of the United Nations.