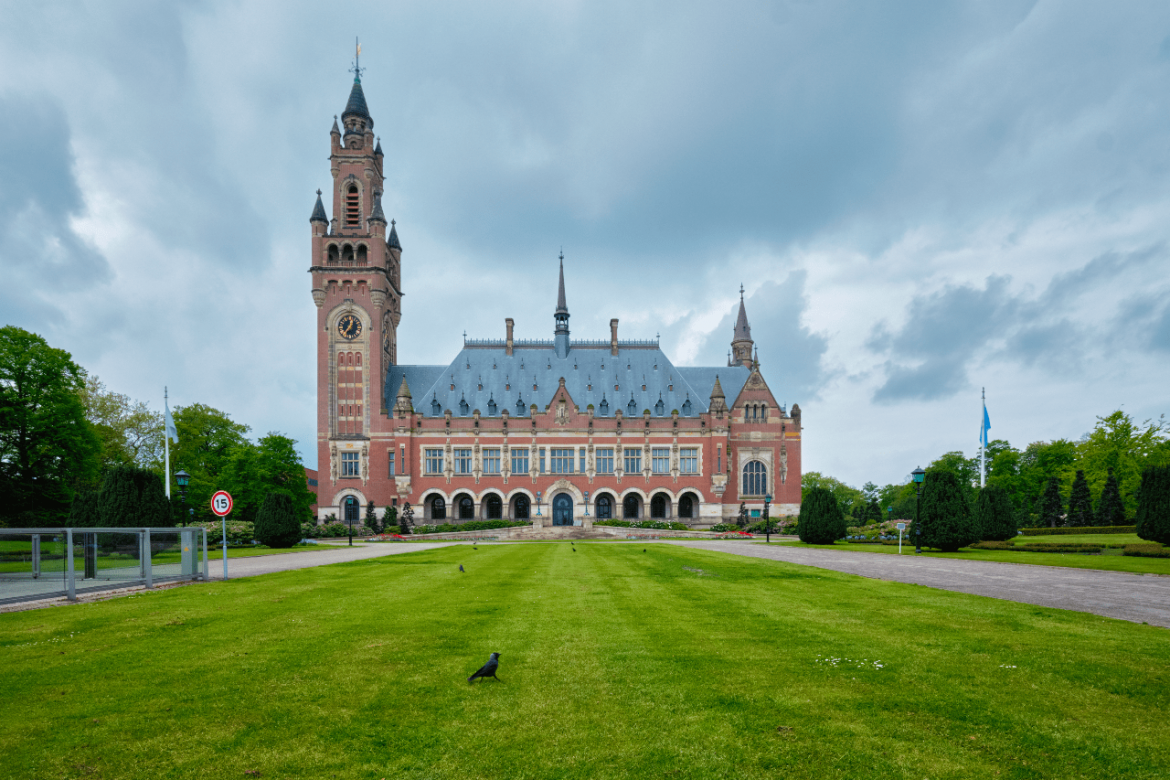 On September 7, 2013, the ‘Centenary Peace Palace Model United Nations’ attracted a total of 250 participants who gathered to simulate the United Nations Security Council in its efforts to shape a peaceful Resolution for the conflict in Syria.

The day started with a warm welcome by UNA NL chair, Professor dr. Yvonne Donders, followed by a keynote speech from Mr Richard Dictus (UN Volunteers, in Bonn, Germany). He spoke of ‘The future of the United Nations is you as youth’.

He stated: “…as Executive Coordinator of the United Nations Volunteers (UNV) programme, I am proud to be able to speak about the action UNV is taking to help make the future of the United Nations for YOUTH and by YOUTH. […] As a career diplomat of over 25 years serving the United Nations, and as a typical father with lots of advice, I come to this venue with expectations of YOU as the leaders of tomorrow. You must learn the realities and limitations of intergovernmental discourse. It is naive to think that all Countries are not pursuing their own interests through diplomacy. In order to further world peace and a better future for all – you as future leaders must always use knowledge and diplomatic savvy to create a middle ground. A solution is not out there to discover, in diplomacy it must be massaged. You must be advocates for UN multilateralism. Discourse and diplomacy may not always work, but not talking is not an option. As Winston Churchill eloquently put it, consensus, like democracy, is not perfect, but the best concept we have so far. You must be on the quest for new and innovative ideas that will mark your generation as one of progress in development and peace. Good luck!”

After a break, people went to several Master classes on UN topics, such as ‘Working for the UN’ by the Ministry of Foreign Affairs, ‘Justice in International Communication’ by the Esperanto movement, ‘the history and development of Model UNs in the world’ by UNA-member David Williams, ‘the science of negotiation’ by prof. David Laws, ‘the essence and evolution of negotiations’ by dr. Paul Meerts, and ‘human rights and international justice’ by prof. dr. Yvonne Donders, UNA Netherlands chair.

Lunch was a fun affair with lunch bags that could be taken outside. One of them held a special token and the finder of this token became a member of UNA the Netherlands for free for one year. Then there was time for a group photo and a tour through the Peace Palace (incl. the main Court Room).

After all these events, the specially designed Model United Nations started. Fifteen delegations participated in the session and all were very much focused on their efforts to make a profitable resolution. In the end, all efforts turned out to be fruitless: the Model UN resolution on Syria in the Security Council failed to pass. Permanent member China abstained and permanent member Russia voted against.

There were 15 delegations representing the members of the UN Security Council. Several awards were handed out, based on specific performances. The jury, chaired by Mr. David Williams, had a difficult time deciding who won which award, based on which criteria. The following Delegations were awarded on the basis of outstanding performance:

Mr Dictus then announced a Special Award by UNV Bonn. This went to the Peace Palace the Hague Delegation, representing the Russian Federation for making the most of an impossible assignment.

UNA Netherlands is grateful for the participation of the many Observers and the participating MUN Delegations. UNA Netherlands would like to express gratitude towards its esteemed partners that made the commemorative event possible: Carnegie Foundation at Peace Palace the Hague, United Netherlands at Radboud University Nijmegen, Ministry of Foreign Affairs of the Kingdom of the Netherlands.

The International Court of Justice (ICJ)

The Permanent Court of Arbitration (PCA)

The International Court of Justice (ICJ)